How To Prepare For Seasonal Allergies With Nutrition

Seasonal allergies, also referred to as allergic rhinitis or hay fever, cause many to hibernate inside, even during the most beautiful spring weather. From watery eyes and constant sneezing, to congestion and a scratchy throat, seasonal allergies can be downright miserable. Many allergy sufferers are left trying every over the counter medication there is, but what about lifestyle changes? Can they help? Some foods contain anti-inflammatory properties that can boost the immune system and help alleviate the frustrating symptoms and better help you prepare for seasonal allergies with nutrition.

Some foods we eat may lower our immune system and cause disruption to our normal gut bacteria, decreasing the body’s ability to fight off potential allergens, such as ragweed and pollen. By eliminating or reducing consumption of these inflammatory foods, one can potentially reduce the severity of their seasonal allergies.

Many of the unpleasant symptoms of seasonal allergies are caused by inflammation. Reducing gluten in the diet may help to alleviate this inflammatory response.

Sneezing, congestion and phlegm production are common symptoms of seasonal allergies. Dairy has long been thought to increase production of mucous and cause inflammation in the sinuses and nasal passages. Some research has shown that reducing dairy may help. A 2015 study published in the Journal of Nutrition found that dairy intake was linked to ongoing, low-grade inflammation.

The results on dairy and allergies aren’t clear however, as it seems the beneficial probiotics in yogurt may actually be helpful in reducing inflammation and allergy symptoms.

It’s not uncommon to crave sweets when feeling miserable, but you might want to rethink that frosted donut. Why? Refined sugar is one of the biggest culprits of inflammation in the body and consumption has been linked to a variety of respiratory issues, including asthma and bronchitis.

One particular study looking at children specifically found that the consumption of soda was linked to an increase of allergic rhinitis symptoms. Reducing the amount of sugar in your diet may help prevent and alleviate symptoms of seasonal allergies.

Seasonal allergies symptoms are triggered by the release of histamines from our immune system. Histamines are a group of chemicals, which cause inflammation, leading to itchy eyes, sneezing and congestion.

Another source of histamines? Alcohol. Wine, beer and liquor all contain these proinflammatory compounds. A study consisting of women only, found that alcohol intake was positively associated with the risk of developing allergic rhinitis. Another study found that moderate to heavy alcohol consumption was associated with allergic rhinitis in both men and women. Bottom line? Choose non-alcoholic beverages during peak allergy season to help prevent symptoms.

If your seasonal allergies are caused by ragweed, avoiding certain foods may help. Melon, cucumber, banana, zucchini and sunflower seeds actually contain pollen that is similar to ragweed.

Avoiding these foods if you have a ragweed allergy can help alleviate many of the symptoms of seasonal allergies. Other fruits and vegetables should still be consumed as they are rich in beneficial antioxidants.

It may seem a bit odd that in order to fix symptoms occurring in the face and head, you need to look at the gut, but that’s exactly what research continues to show. Much of the systemic inflammation happening in the body starts in our intestines. By healing and nurturing our gut flora, we can help alleviate pesky allergy symptoms.

Eating a diet rich in fermented foods is one way to do this. When a food is fermented, the sugars are broken down using bacteria and yeast. What’s left is a ton of healthy bacteria or probiotics. Consuming fermented foods such as kefir, sauerkraut, tempeh, kimchi and kombucha on a regular basis is recommended for those who suffer from seasonal allergies. Additionally, taking a probiotic supplement may also be helpful.

Some seasonal allergy sufferers turn to shots to help alleviate or treat their symptoms. The shots provide a tiny amount of the specific allergen, which over time may help build immunity against it. This is known as immunotherapy.

There is some research to suggest that consuming raw honey, made locally, can act the same way as allergy shots. This is likely due to small particles of pollen found in raw honey. In one study, the group that ingested honey in addition to taking allergy medication had a significant improvement in their symptoms compared to those who just took the medications. Additionally, studies have shown that honey can alleviate sore throats and cough, two common allergy symptoms.

Antioxidants are powerful nutrients that help protect our cells from damage and fight inflammation. Herbs and spices are two of the most potent food sources of these antioxidants.

Garlic contains a specific antioxidant called quercetin, which is a known natural, antihistamine. In fact, plant-derived quercetin is used in many seasonal allergy medications. To maximize the effects of the quercetin in garlic, it’s best to consume it raw and chopped.

Turmeric is a spice that may help alleviate seasonal allergy symptoms. The active ingredient in turmeric, an antioxidant called curcumin, is known to fight inflammation and swelling. Research has shown that curcumin may be effective at improving congestion of the nasal passages and controlling other immune responses of allergic rhinitis.

Ginger is another food that contains inflammation fighting antioxidants. Long known for its effectiveness on nausea and other ailments, ginger may also help down-regulate the immune response caused by seasonal allergies. A study conducted on mice concluded that the administration of ginger did suppress an inflammatory response and reduced symptoms, including sneezing and nasal itching.

Don’t forget to grab your FREE 3-day Sample Meal Plan and try these delicious recipes to help you get started!

If you want to prepare for seasonal allergies by boosting your immune system, you must attack inflammation from all angles. This anti-inflammatory diet meal plan and shopping list is a great place to start. In the Body Revive Program, we begin with an anti-inflammatory diet, but I also walk you through the other lifestyle aspects that may be impacting your symptoms. 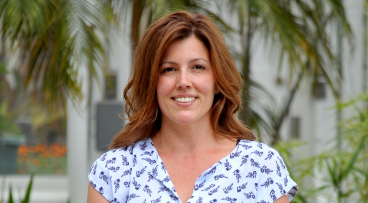 Learn how reducing inflammation can jumpstart your weight loss. 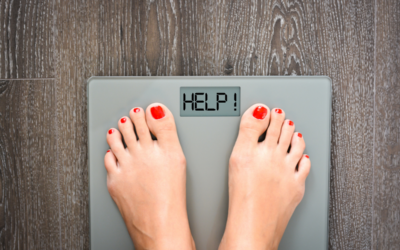 Working out more and more, yet hitting a weight loss plateau can feel downright discouraging. A plateau is a common roadblock for those attempting to lose weight, but a pause in progress doesn’t mean it’s time to throw in the (gym) towel. Lifestyle changes such as... 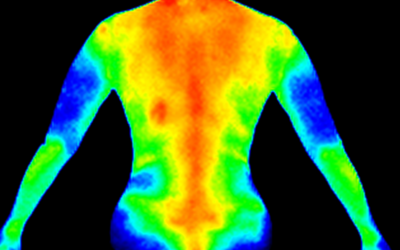 All of us experience inflammation to some degree, maybe after a tough workout or when we haven’t been taking care of ourselves that well. But, we don't have to live with the discomfort and potential health problems that it can cause us if we are chronically inflamed... 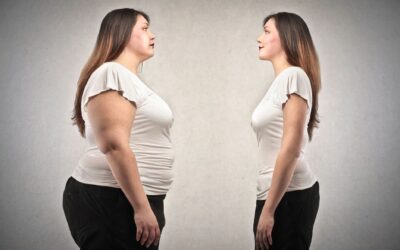 Digestion, Gut Bacteria, and Your Weight

Numerous studies have demonstrated the importance of gut health in relation to every other area in the body. The immune system, mental health, autoimmune diseases, endocrine disorders, skin conditions, and your weight are all impacted by the health of your gut. More...